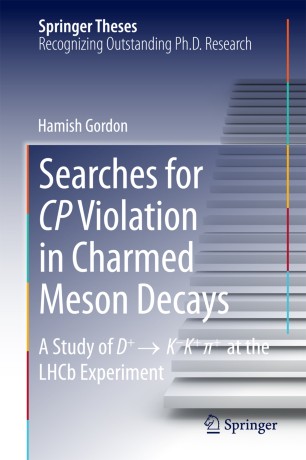 Our current understanding of the fundamental building blocks of the Universe, summarised by the Standard Model of particle physics, is incomplete. For example, it fails to explain why we do not see equal, or almost equal, numbers of particles and their antiparticle partners. To explain this asymmetry requires, among other effects, a mechanism known as charge-parity (CP) violation that causes differences between the rates at which particles and antiparticles decay. CP violation is seen in systems containing bottom and strange quarks, but not in those with up, charm or top quarks. This thesis describes searches for particle-antiparticle asymmetries in the decay rates of charmed mesons. No evidence of CP violation is found. With current sensitivities, an asymmetry large enough to observe probably could not be explained by the Standard Model. Instead an explanation could come from new physics, for example contributions from supersymmetric or other undiscovered heavy particles. In the thesis, the development of new techniques to search for these asymmetries is described. They are applied to data from the LHCb experiment at CERN to make precise measurements of asymmetries in the D^+->K^-K^+pi^+ decay channel. This is the most promising charged D decay for CP violation searches.

Hamish Gordon is a Marie Curie research fellow working for CERN. He currently contributes to the CLOUD and LHCb experiments.