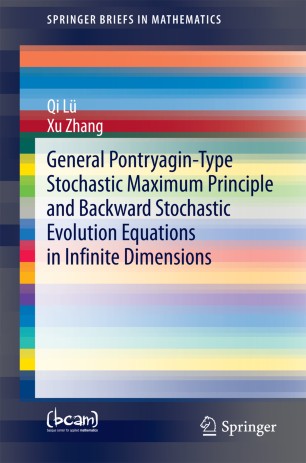 The classical Pontryagin maximum principle (addressed to deterministic finite dimensional control systems) is one of the three milestones in modern control theory. The corresponding theory is by now well-developed in the deterministic infinite dimensional setting and for the stochastic differential equations. However, very little is known about the same problem but for controlled stochastic (infinite dimensional) evolution equations when the diffusion term contains the control variables and the control domains are allowed to be non-convex. Indeed, it is one of the longstanding unsolved problems in stochastic control theory to establish the Pontryagintype maximum principle for this kind of general control systems: this book aims to give a solution to this problem. This book will be useful for both beginners and experts who are interested in optimal control theory for stochastic evolution equations.