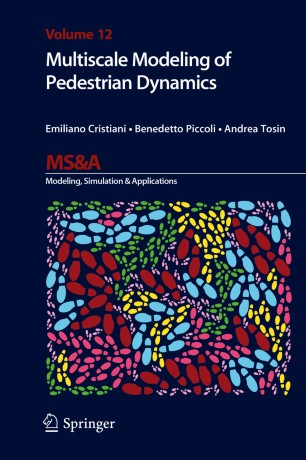 ​This book presents mathematical models and numerical simulations of crowd dynamics. The core topic is the development of a new multiscale paradigm, which bridges the microscopic and macroscopic scales taking the most from each of them for capturing the relevant clues of complexity of crowds. The background idea is indeed that most of the complex trends exhibited by crowds are due to an intrinsic interplay between individual and collective behaviors. The modeling approach promoted in this book pursues actively this intuition and profits from it for designing general mathematical structures susceptible of application also in fields different from the inspiring original one. The book considers also the two most traditional points of view: the microscopic one, in which pedestrians are tracked individually, and the macroscopic one, in which pedestrians are assimilated to a continuum. Selected existing models are critically analyzed. The work is addressed to researchers and graduate students.