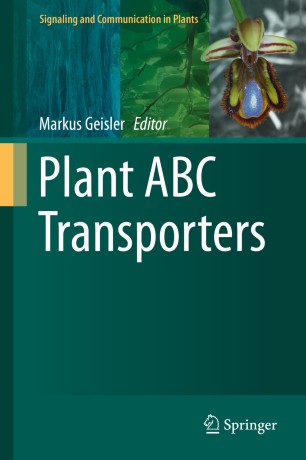 Part of the Signaling and Communication in Plants book series (SIGCOMM, volume 22)

This book is devoted to the fascinating superfamily of plant ATP-binding cassette (ABC) transporters and their variety of transported substrates. It highlights their exciting biological functions, covering aspects ranging from cellular detoxification, through development, to symbiosis and defense.  Moreover, it also includes a number of chapters that center on ABC transporters from non-Arabidopsis species.

ABC proteins are ubiquitous, membrane-intrinsic transporters that catalyze the primary (ATP-dependent) movement of their substrates through biological membranes. Initially identified as an essential aspect of a vacuolar detoxification process, genetic work in the last decade has revealed an unexpectedly diverse variety of ABC transporter substrates, which include not only xenobiotic conjugates, but also heavy metals, lipids, terpenoids, lignols, alkaloids and organic acids.

The discovery that members of the ABCB and ABCG family are involved in the movement of phytohormones has further sparked their exploration and provided a new understanding of the whole family. Accordingly, the trafficking, regulation and structure-function of ABCB-type auxin transporters are especially emphasized in this book.