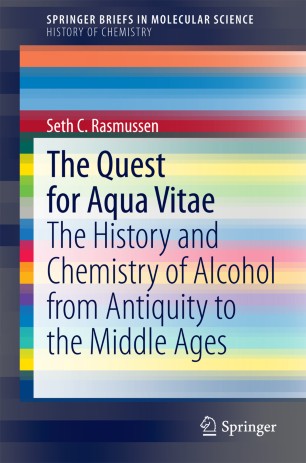 The Quest for Aqua Vitae

Ethyl alcohol, or ethanol, is one of the most ubiquitous chemical compounds in the history of the chemical sciences. The generation of alcohol via fermentation is also one of the oldest forms of chemical technology, with the production of fermented beverages such as mead, beer, and wine predating the smelting of metals. By the 12th century, the ability to isolate alcohol from wine had moved this chemical species from a simple component of alcoholic beverages to both a new medicine and a powerful new solvent. Of course, this also began the long tradition of production of liqueurs and strong spirits for consumption. The use of alcohol as a fuel, however, did not occur until significantly later periods. This volume presents a general overview of the early history and chemistry of alcohol production and isolation, as well as a discussion of its early uses in both the chemical arts and medicine.