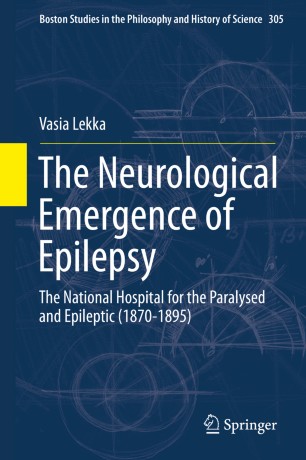 The Neurological Emergence of Epilepsy

The National Hospital for the Paralysed and Epileptic (1870-1895)

Part of the Boston Studies in the Philosophy and History of Science book series (BSPS, volume 305)

This book explores the emergence of epilepsy as a purely neurological disorder, in the second half of the nineteenth century. It focuses on the world’s first neurological hospital, the National Hospital for the Paralysed and Epileptic in London, and on its leading figure, John Hughlings Jackson (1835-1911). Through an analysis of the National Hospital’s medical records and a historical account of the course of epilepsy until our time, this book presents the nineteenth-century turn towards the scientific study of the human brain and the various political, social, ideological and epistemological implications of this major change. In spite of the recent trend of describing the history of mental illness, mental patients and psychiatric institutions, so far, neurology, epilepsy and epileptic patients have largely remained outside the scope of social historians, historians of medicine and social scientists. This book has the ambition to fill that gap. ​