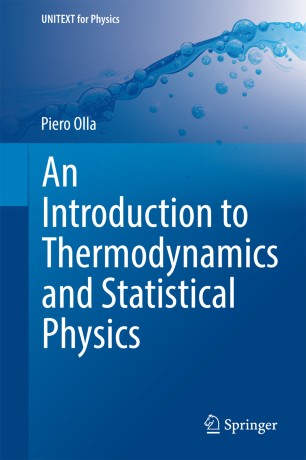 An Introduction to Thermodynamics and Statistical Physics

This textbook offers an advanced undergraduate or initial graduate level introduction to topics such as kinetic theory, equilibrium statistical mechanics, and the theory of fluctuations from a modern perspective. The aim is to provide the reader with the necessary tools of probability theory and thermodynamics (especially the thermodynamic potentials) to enable subsequent study at advanced graduate level. At the same time, the book offers a bird's eye view on arguments that are often disregarded in the main curriculum courses. Further features include a focus on the interdisciplinary nature of the subject and in-depth discussion of alternative interpretations of the concept of entropy. While some familiarity with basic concepts of thermodynamics and probability theory is assumed, this does not extend beyond what is commonly obtained in basic undergraduate curriculum courses.