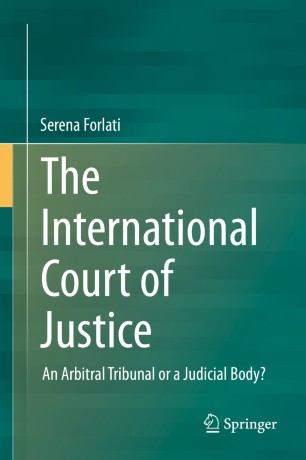 The International Court of Justice

An Arbitral Tribunal or a Judicial Body?

The International Court of Justice is the principal judicial organ of the United Nations, and epitomizes the very notion of international judicial institution. Yet, it decides inter-State disputes only with the parties’ consent. This makes it more similar to international arbitral tribunals than other international courts.

However, the permanent nature of the Court, the predetermination of procedural rules by the Statute and the Rules of Court, the public character of proceedings, the opportunity for third States to intervene in a case under Articles 62 and 63 of the Statute and the Court's role as the principal judicial organ of the United Nations mark a structural difference between the ICJ and non-institutionalized international arbitral tribunals.

This book analyses if and to what extent these features have influenced the approach of the ICJ (and of the PCIJ before it) to its own judicial function and have led it to depart from the principles established in international arbitration.