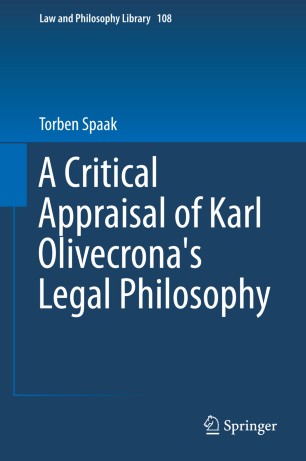 This book offers a critical appraisal of Karl Olivecrona’s legal philosophy. Based on Olivecrona’s critique of the view that law has binding force, the analysis of the concept and function of a legal rule, and the idea that law is a matter of organized force, the book argues that Olivecrona’s legal philosophy is a unique contribution to twentieth century legal philosophy. It shows how Olivecrona’s philosophy can be used in the assessment of contemporary theories of law, such as those put forward by Hart, Raz, Dworkin, and Alexy. In addition, the book argues that Olivecrona’s various discussions of theories defended by key people in the history of legal and political philosophy are highly interesting contributions. They not only increase our understanding of the legal and political philosophy of previous generations, but also enhances our insight into legal-philosophical questions that remain with us today. ​