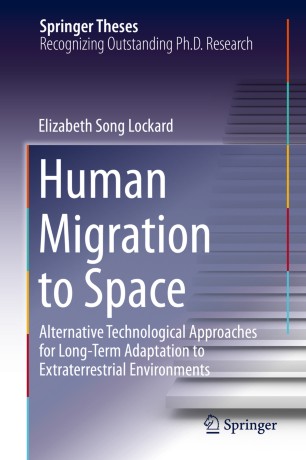 As humans embark upon the next phase of Space exploration—establishing human outposts in low-Earth orbit, on the Moon, and on Mars—the scope of human factors must expand beyond the meager requirements for short-term missions to Space to include issues of comfort and well-being necessary for long-term durations. However, to habitate—to dwell in a place—implies more than creature comforts in order to adapt. Human factors research must also include a phenomenological perspective – an understanding of how we experience the places we live in – in order for a community to be robust and to thrive.

The first phase of migration will be an especially tenuous one requiring intensive technological intervention. The modes by which those technologies are implemented will have significant bearing on the process of human adaptation: the nature of the mediation can be either one of domination, subordination, avoidance, or integration. Ultimately, adaptation is best ensured if

symbiotic processes of negotiation and cooperation between subject and environment are espoused over acts of conquest or acquiescence.

These adaptive mechanisms will have wider implications for long-range human evolution. Migration to extraterrestrial environments will be unequivocally the most profound catalyst for evolution in the history of humankind—not only for the human species itself but also for the new environments we will eventually inhabit. At the same time, humans are also—via a new generation of bio-, nano-, and digital technologies—in the position to consciously and willfully direct evolution. Technology has always been transformative, but in the not-so-distant future, humans will soon possess the capacity for radical re-invention in almost any way conceivable.