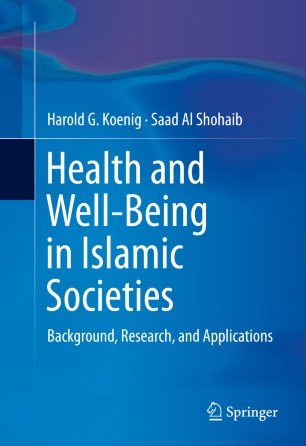 Health and Well-Being in Islamic Societies

From the first hospitals to pioneering pharmacy techniques, the early history of medicine reflects the groundbreaking contributions of Islamic physicians and scientists. Less recognized, however, is the impact of Islam on the health and daily health practices of modern day Muslims.

Meticulously documented with current research sources and relevant religious texts, Health and Well-Being in Islamic Societies sheds light on the relationships between Muslim beliefs and physical, psychological, and social health. Background chapters trace Muslim thought on health and healing as it has evolved over the centuries to the present. The authors provide even-handed comparisons with Christianity as the two traditions approach medical and ethical questions, and with Christian populations in terms of health outcomes, assuring coverage that is not only objective but also empirically sound and clinically useful. And as the concluding chapters show, understanding of these similarities and differences can lead to better care for clients, cost-effective services for communities, and healthier Muslim populations in general. Included among the book's topics:

Cultural awareness is critical to improving both individual client health and public health on a global scale. Health and Well-Being in Islamic Societies is essential reading for clinical and health psychologists, psychiatrists, social workers, and nurses, and will be informative for the general reader as well.

Harold G. Koenig, MD, MHSc is professor of psychiatry and behavioral sciences and associate professor of medicine at Duke University School of Medicine. He is also a distinguished adjunct professor at King Abdulaziz University, Jeddah, Saudi Arabia. He is board certified in general psychiatry, geriatric psychiatry, and geriatric medicine, and is also a registered nurse. Dr. Koenig is Director of the Center for Spirituality, Theology and Health at Duke University Medical Center, and has published extensively in the fields of mental health, geriatrics, and religion, with over 350 scientific peer-reviewed articles and book chapters, and nearly 40 books in print or in preparation. He is considered by biomedical scientists as one of the world’s top experts on religion and health. Saad Saleh Alshohaib, MBBCH, FACP is professor of medicine and nephrology at King Abdulaziz University (KAU), chairman of nephrology at both KAU and the International Medical Center in Jeddah, and director of the hemodialysis unit at KAU. He completed medical school and internship at King Abdulaziz University (KAU) in Jeddah, Saudi Arabia, after which he did a fellowship in medicine and in nephrology at McGill University in Montreal, Canada. He is a Fellow in the American College of Physicians, and a member of both the American Board of General Medicine and the American Board of Nephrology. In addition, he holds memberships in the Arab Society of Nephrology, the Saudi Society of Nephrology, and is founder and ex-president of the Nephrology Club in the western region of Saudi Arabia. He has over 20 peer-reviewed publications and two dozen published case reports and letters, and has given presentations on renal diseases at scientific conferences throughout the world.