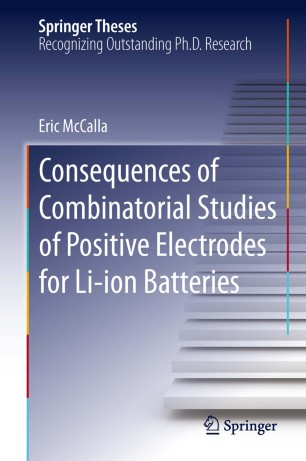 Li-Co-Mn-Ni oxides have been of extreme interest as potential positive electrode materials for next generation Li-ion batteries.  Though many promising materials have been discovered and studied extensively, much debate remains in the literature about the structures of these materials.  There is no consensus as to whether the lithium-rich layered materials are single-phase or form a layered-layered composite on the few nanometer length-scales.  Much of this debate came about because no phase diagrams existed to describe these systems under the synthesis conditions used to make electrode materials.  Detailed in this thesis are the complete Li-Co-Mn-O and Li-Mn-Ni-O phase diagrams generated by way of the combinatorial synthesis of mg-scale samples at over five hundred compositions characterized with X-ray diffraction.  Selected bulk samples were used to confirm that the findings are relevant to synthesis conditions used commercially.  The results  help resolve a number of points of confusion and contradiction in the literature.  Amongst other important findings, the compositions and synthesis conditions giving rise to layered-layered nano-composites are presented and electrochemical results are used to show how better electrode materials can be achieved by making samples in the single phase-layered regions.

Eric McCalla was born and raised in Quebec City.  He completed his undergraduate degree at Mount Allison University in 2000 before earning a Masters in Solid State Physics at McGill University. Following the completion of the Master’s in 2002, he become a computer science teacher in Kuujjuaraapik, an Inuit community in Northern Quebec. After two years of teaching, he decided to become a teacher and followed the Bachelor of Education program at Memorial University of Newfoundland. He then worked as a high school mathematics and science teacher in a small high school in Sept-Iles, Quebec. After biking across Canada while on sabbatical, McCalla decided to return to graduate school in 2010.  The results derived in the following three years at Dalhousie University working in the group of Jeff Dahn and are the subject of this book. McCalla is currently a Post-Doctoral Fellow at the Collège-de-France in Paris in the group of Jean-Marie Tarascon.