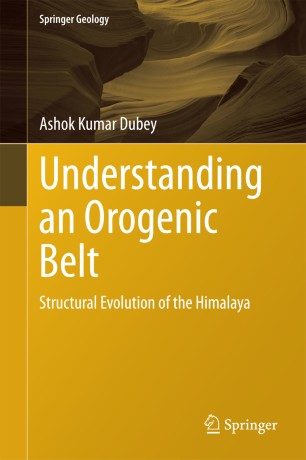 Structural Evolution of the Himalaya

The book provides a model for the structural evolution of the Himalaya with relevant background information making it easily accessible to earth scientists specializing in other areas. The book is divided into two parts: The first part describes the basic principles of structural geology that are required to understand the evolutionary model described in the second part.

The book incorporates some of the commonly ignored structural features, such as Pre-Himalayan rift tectonics, reactivation of faults, simultaneous development of folds and thrust faults, superposed folds, strike-slip faults developed during early and superposed deformation, problems with GPS data, erratic crustal shortening obtained by restoration of deformed sections, etc. The proposed model is essentially based on inversion tectonics and provides answers to some previously unresolved questions. It describes in detail the structure of the Himalaya as a primary arc, with supporting evidence from model deformation under controlled boundary conditions and anisotropy of magnetic susceptibility studies.