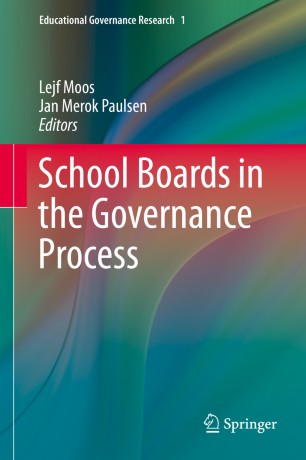 School Boards in the Governance Process

This book analyses local school district governance in a comparative, cross-cultural perspective based on national studies of local school boards in the Nordic countries, Denmark, Finland, Norway and Sweden. The overarching research question explored by the national studies contained in this volume is: How are transnational influences of standardization and accountability, alongside national policies, transformed into local policy cultures by the school boards? In all the Nordic countries, the municipalities are equivalent with the school district level, and municipalities, as such, play a role as the interface between state policies and the schools. This book discusses the variation across different national systems in the Nordic countries in the degree of decentralism, as well as the processes through which sources of political autonomy are put into practice by school boards. It explores the interplay between context and policy-making at the local level, and analyses how local discourses expressed by school boards differ from national policies and trans-national influences. The book’s analysis of the country-cases and thematic chapters shows that there are both important similarities and significant differences in governance functions, power relations and understandings of school board chairs and members between the countries studied. Moreover, the book analyses the many ways in which these similarities and differences affect the work context of school leaders and teachers in the Nordic countries.