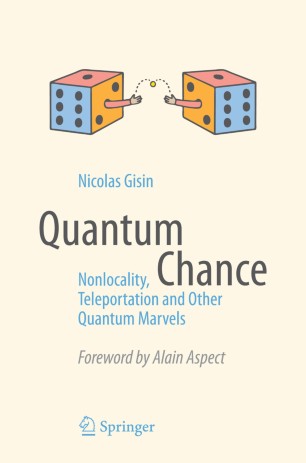 Nonlocality, Teleportation and Other Quantum Marvels

Quantum physics, which offers an explanation of the world on the smallest scale, has fundamental implications that pose a serious challenge to ordinary logic. Particularly counterintuitive is the notion of entanglement, which has been explored for the past 30 years and posits an ubiquitous randomness capable of manifesting itself simultaneously in more than one place.
This amazing 'non-locality' is more than just an abstract curiosity or paradox: it has entirely down-to-earth applications in cryptography, serving for example to protect financial information; it also has enabled the demonstration of 'quantum teleportation', whose infinite possibilities even science-fiction writers can scarcely imagine.
This delightful and concise exposition does not avoid the deep logical difficulties of quantum physics, but gives the reader the insights needed to appreciate them . From 'Bell's Theorem' to experiments in quantum entanglement, the reader will gain a solid understanding of one of the most fascinating areas of contemporary physics.