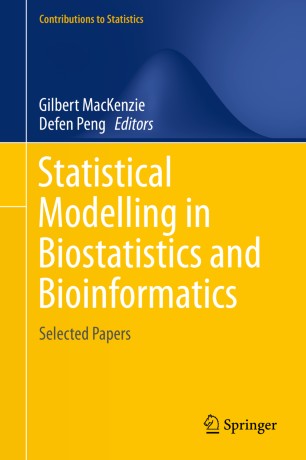 Statistical Modelling in Biostatistics and Bioinformatics

​This book presents selected papers on statistical model development related mainly to the fields of Biostatistics and Bioinformatics. The coverage of the material falls squarely into the following categories: (a) Survival analysis and multivariate survival analysis, (b) Time series and longitudinal data analysis, (c) Statistical model development and (d) Applied statistical modelling. Innovations in statistical modelling are presented throughout each of the four areas, with some intriguing new ideas on hierarchical generalized non-linear models and on frailty models with structural dispersion, just to mention two examples. The contributors include distinguished international statisticians such as Philip Hougaard, John Hinde, Il Do Ha, Roger Payne and Alessandra Durio, among others, as well as promising newcomers. Some of the contributions have come from researchers working in the BIO-SI research programme on Biostatistics and Bioinformatics, centred on the Universities of Limerick and Galway in Ireland and funded by the Science Foundation Ireland under its Mathematics Initiative.