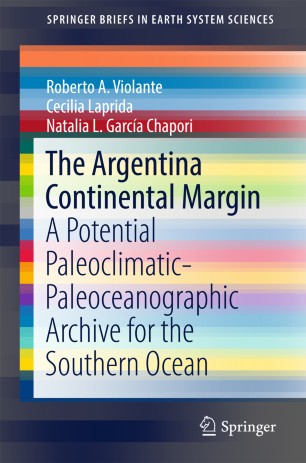 A Potential Paleoclimatic-Paleoceanographic Archive for the Southern Ocean

The evolution of the Argentina Continental Margin during the Quaternary and the stratigraphic and morphosedimentary configuration responded to climatic variability, oceanographic changes, glacioeustatic fluctuations and tectono-isostatic processes, which began to impact on the margin during previous geological periods. The final modeling of the margin was achieved in the late Miocene, when the interaction between the Antarctic and North Atlantic water-masses favored climatic and oceanographic changes with a profound effect on morphosedimentary features. In the Quaternary, the different regions of the margin distinctly responded to such changes. Whereas in the shelf the main modeling factors were the sea-level fluctuations of glacioeustatic origin and consequent marine-continental stratigraphic records, in the slope (particularly in the sector corresponding to the passive margin) the prevailing effect was the interaction between water-masses and the sea floor, giving origin to contouritic depositional systems accompanied of gravity processes responsible of turbiditic and mass-wasting deposits. Different relationships between contouritic and turbiditic facies respond to distinct combinations of oceanic circulation variability and the indirect effect on the sea floor of sea-level fluctuations.
As a result of this complexity in the regional processes in the framework of the broad hemispheric oceanographic-climatic conditioning factors, the ACM can be considered as a complete archive for the Southern Ocean.