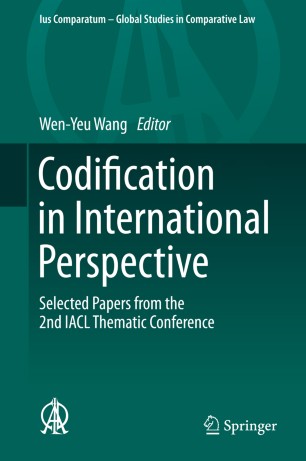 No aspect of legal formalism has interested comparative jurists as much as the extent of legislative codification across legal systems. This book looks at codification from a broad, international perspective, discussing general themes as well as various legal fields. The first of two volumes on this subject begins with a general theoretical and historical view of codification, followed by a series of other horizontal inquiries. It encompasses papers focusing on several significant contemporary issues in codification, including "codification of private law in post-soviet times", "criminal law codification beyond the nation state" and "soft codification of private law". In addition, this volume consists of general reports and national reports on administrative procedure and human rights, providing a comparative analysis of codification of law.

This book is developed from papers presented at the 2012 Thematic Congress of the International Academy of Comparative Law.​