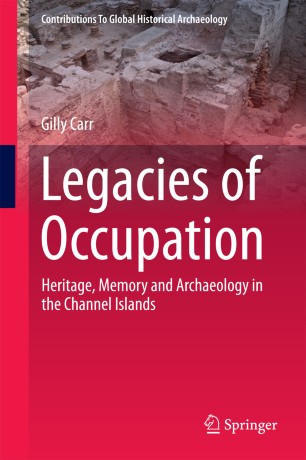 Heritage, Memory and Archaeology in the Channel Islands

This book explores the way in which the legacy of the German occupation of the Channel Islands has been turned into heritage (or, conversely, neglected) over the last 70 years. Once seen as the ‘taint of the mark of the beast’, the perception of much of what the Germans left behind has slowly changed from being despised and reviled, buried underground or dumped at sea, to being reclaimed, restored, highly valued and treated as ‘heritage’. This book examines the journey of various aspects of this heritage, exploring the role of each post-war generation in picking at the scar of occupation, refusing to let it heal or fade. By discovering and interpreting anew their once-hated legacy, each generation of Channel Islanders has changed the resulting collective memory of a period which is rapidly moving to the edge of living memory. It includes the first in-depth investigation into the multiple aspects of heritage of occupation of a single place and will offer comparative material for other heritage professionals who work with similar material throughout Europe and in other post-occupation areas. It will explore the complex ethical issues faced by anyone who works with the legacy or heritage of Nazism, seeking to understand how and why the Channel Islands have responded in the way that they have and asking how unique – or typical for formerly-occupied Europe - their response has been.