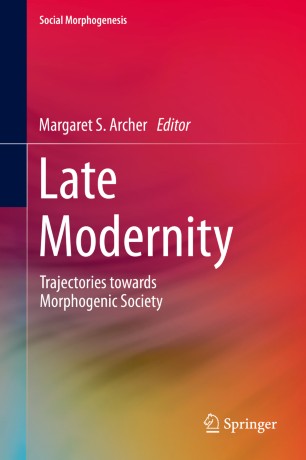 This volume examines the reasons for intensified social change after 1980; a peaceful process of a magnitude that is historically unprecedented. It examines the kinds of novelty that have come about through morphogenesis and the elements of stability that remain because of morphostasis. It is argued that this pattern cannot be explained simply by ‘acceleration’. Instead, we must specify the generative mechanism(s) involved that underlie and unify ordinary people’s experiences of different disjunctions in their lives. The book discusses the umbrella concept of ‘social morphogenesis’ and the possibility of transition to a ‘Morphogenic Society’. It examines possible ‘generative mechanisms’ accounting for the effects of ‘social morphogenesis’ in transforming previous and much more stable practices. Finally, it seeks to answer the question of what is required in order to justify the claim that Morphogenic society can supersede modernity.