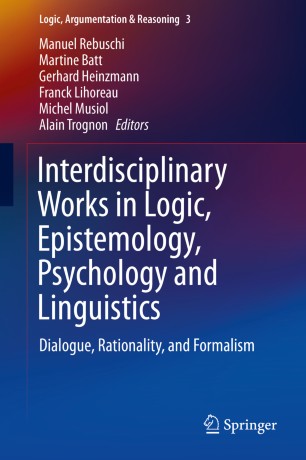 The second focus is on formal epistemology, where there has recently been a vigorous contribution from experts in epistemic and doxatic logics and an attempt to account for a more realistic, cognitively plausible conception of knowledge.

The third part of this book examines the meeting point between logic and the human and social sciences and the fourth part focuses on research at the intersection between linguistics and psychology.

Internationally renowned scholars have contributed to this volume, building on the findings and themes relevant to an interdisciplinary scientific project called DiaRaFor (“Dialogue, Rationality, Formalisms”) which was hosted by the MSH Lorraine (Lorraine Institute for Social Sciences and Humanities) from 2007 to 2011.