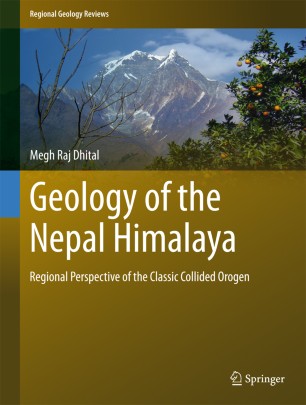 Geology of the Nepal Himalaya

This book addresses the geology of the entire Himalayan range in Nepal, i.e., from the Gangetic plain in the south to the Tethyan zone in the north. Without a comprehensive look at the various Himalayan zones, it is practically impossible to fully grasp the processes at work behind the formation and development of the spectacular Himalaya. However, the goal is not merely to document all the scientific ontology but rather to reveal a sound basis for the prevailing concepts. Both the early literature on Himalayan geology and contemporary trends are fully covered. For the first time, the origin, use, and abuse of common Himalayan geological terms such as the Siwaliks, Lesser Himalaya, Main Boundary Thrust, Main Central Thrust, and Tethys are discussed. The book will help readers to progress from a cognitive approach to a constructive one by linking various types of knowledge, such as seeking relations between various geological structures as well as between earlier thoughts or views and contemporary approaches.