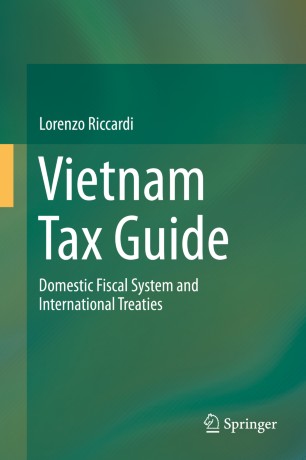 Vietnam is one of the main developing countries experiencing rapid growth in East Asia. As part of ASEAN and strategically located near China and the Mekong region, Vietnam is considered a leading market between Asian and South Asian countries. Its fiscal system has recently been reformed in order to better align rules with the country’s economic development. Vietnam grants tax incentives and fiscal holidays to foreign investors and has concluded a significant number of double taxation treaties with other nations. This book describes in detail Vietnam’s complex tax system and policies, as well as major bilateral treaties in which Vietnam has entered into using country-by-country analysis.

Lorenzo Riccardi is a Tax Advisor and Certified Public Accountant specializing in international taxation. He is based in Shanghai, where he focuses on business and tax law, assisting those looking to make foreign investments in East Asia. He is an auditor and an advisor for several corporate groups and a partner and Head of Tax of the consulting firm GWA, specializing in emerging markets.