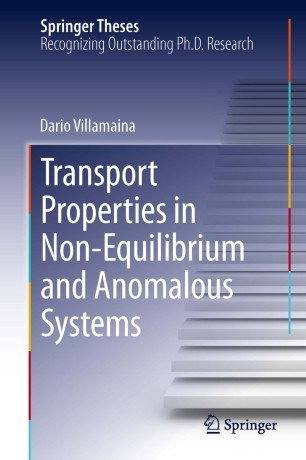 The study of fluctuations in statistical physics has a long history, and a general theory is well established, connecting fluctuations to response properties of equilibrium systems. Remarkably, this framework fails as soon as some current is flowing across the system, driving it out of equilibrium.
The presence of currents is quite common in nature and produces rich phenomena which are far from being included in a general framework. This thesis focuses on this general problem by studying different models such as granular materials and systems exhibiting anomalous diffusion and shows how the generalized response techniques can be successfully used to catch the relevant degrees of freedom that drive the systems out of equilibrium.
This study paves the way to the use of the generalized fluctuation relations in an operative way, in order to extract information from a non-equilibrium system and to build the corresponding phenomenological theory.

Dr Dario Villamaina received both his undergraduate and his PhD degrees in Physics from "La Sapienza" University of Rome with highest marks. From 2011 to 2013 he held a CNRS post-doctoral fellowship at the Laboratoire de Physique Théorique et Modèles Statistique, Université Paris Sud, Orsay, France.
Currently he works at the Ecole Normale Supérieure in Paris, where he was awarded the “Philippe Meyer” post-doctoral fellowship. His research interests range from non-equilibrium statistical mechanics and kinetic theory to statistics of correlated variables and random matrices. He is the co-author of more than  15  publications in peer-reviewed journals on these subjects.
His thesis was nominated as the best in Statistical Physics.