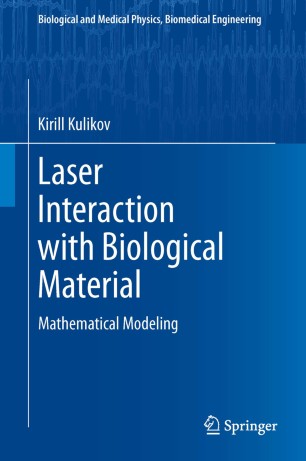 This book covers the principles of laser interaction with biological cells and tissues of varying degrees of organization. The problems of biomedical diagnostics are considered. Scattering of laser irradiation of blood cells is modeled for biological structures (dermis, epidermis, vascular plexus). An analytic theory is provided which is based on solving the wave equation for the electromagnetic field. It allows the accurate analysis of interference effects arising from the partial superposition of scattered waves. Treated topics of mathematical modeling are: optical characterization of biological tissue with large-scale and small-scale inhomogeneities in the layers, heating blood vessel under laser irradiation incident on the outer surface of the skin and thermo-chemical denaturation of biological structures at the example of human skin.