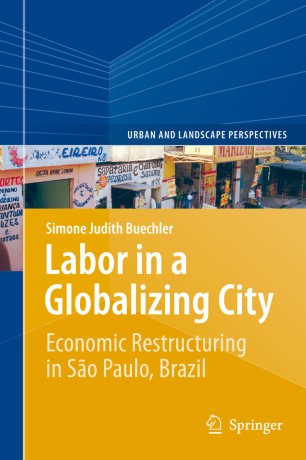 Labor in a Globalizing City

The extraordinary stories of low-income women living in São Paulo, industrial case studies and the details of three squatter settlements, and communities in the periphery researched in Simone Buechler’s book, Labor in a Globalizing City, allow us to better understand the period of economic transformation in São Paulo from 1996 to 2003.  Buechler’s in-depth ethnographic research over a period of 17 years include interviews with a variety of social actors ranging from favela inhabitants to Wall Street bankers. Buechler examines the paradox of a globalizing city with highly developed financial, service, and industrial sectors, but at the same time a growing sector of microenterprises, degraded labor, considerable unemployment, unprecedented inequality, and precarious infrastructure in its low-income communities. The author argues that informalization and low-income women’s labor are an integral part of the global economy.  Other countries are continuing to use the same kind of neo-liberal economic model even though once again with the latest global financial crisis, it has proven to be detrimental to many workers.