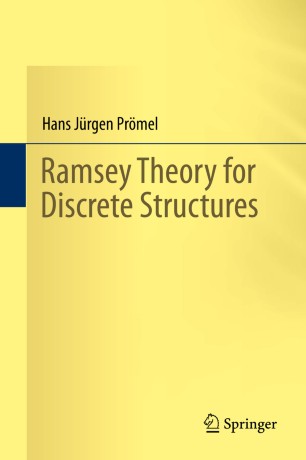 The book first presents a detailed discussion of the roots of Ramsey theory before offering a thorough discussion of the role of parameter sets. It presents several examples of structures that can be interpreted in terms of parameter sets and features the most fundamental Ramsey-type results for parameter sets: Hales-Jewett's theorem and Graham-Rothschild¹s Ramsey theorem as well as their canonical versions and several applications. Next, the book steps back to the most basic structure, to sets. It reviews classic results as well as recent progress on Ramsey numbers and the asymptotic behavior of classical Ramsey functions. In addition, the chapter presents product versions of Ramsey's theorem, a combinatorial proof of the incompleteness of Peano arithmetic, provides a digression to discrepancy theory, and examines extensions of Ramsey's theorem to larger cardinals. The next chapter features an in-depth treatment of the Ramsey problem for graphs and hypergraphs. It gives an account on the existence of sparse and restricted Ramsey theorem's using sophisticated constructions as well as probabilistic methods. Among others it contains a proof of the induced Graham-Rothschild theorem and the random Ramsey theorem. The book closes with a chapter on one of the recent highlights of Ramsey theory: a combinatorial proof of  the density Hales-Jewett theorem.

This book provides graduate students as well as advanced researchers with a solid introduction and reference to the field.