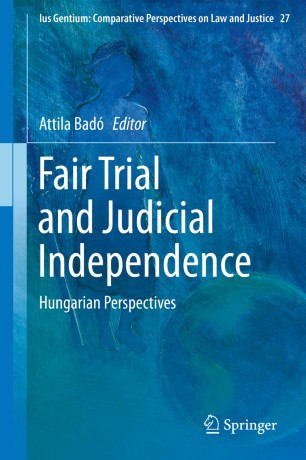 This comprehensive publication analyzes numerous aspects of the relationship between judicature and the fair trial principle in a comparative perspective. In addition, it examines the manifestation of some of the most significant elements inherent to the fair trial concept in different legal systems. Along with expansion of judicial power during the past century and with the strengthening of judicial independence, the fair trial requirement has appeared more often, especially in different international agreements and national constitutions, as the summarizing principle of what were formerly constitutional principles pertaining to judicature. Despite its generality and supranational application, the methods of interpreting this clause vary significantly among particular legal systems. This book assumes that the substantive content of this term conveys relevance to the organizational independence of judicial power, the selection of judges, and the mutual relationship between the branches of power. The comparative studies included in this collection offer readers a widespread understanding of the aforementioned correlations and will ultimately contribute to their mastery of the concept of fair trial.​