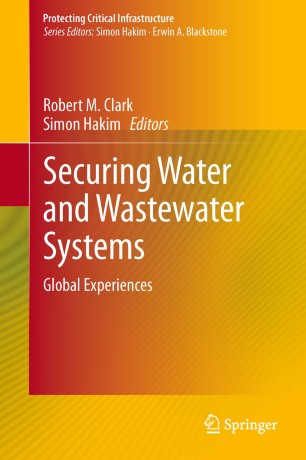 Urban water and wastewater systems have an inherent vulnerability to both manmade and natural threats and disasters including droughts, earthquakes and terrorist attacks.  It is well established that natural disasters including major storms, such as hurricanes and flooding, can effect water supply security and integrity. Earthquakes and terrorist attacks have many characteristics in common because they are almost impossible to predict and can cause major devastation and confusion. Terrorism is also a major threat to water security and recent attention has turned to the potential that these attacks have for disrupting urban water supplies. There is a need to introduce the related concept of Integrated Water Resources Management which emphasizes linkages between land-use change and hydrological systems, between ecosystems and human health, and between political and scientific aspects of water management. An expanded water security agenda should include a conceptual focus on vulnerability, risk, and resilience; an emphasis on threats, shocks, and tipping points; and a related emphasis on adaptive management given limited predictability. Internationally, concerns about water have often taken a different focus and there is also a growing awareness, including in the US, that water security should include issues related to quantity, climate change, and biodiversity impacts, in addition to terrorism. This presents contributions from a group of internationally recognized experts that attempt to address the four areas listed above and includes suggestions as to how to deal with related problems.  It also addresses the new and potentially growing issue of cyber attacks against water and waste water infrastructure including descriptions of actual attacks, making it of interest to scholars and policy-makers concerned with protecting the water supply.