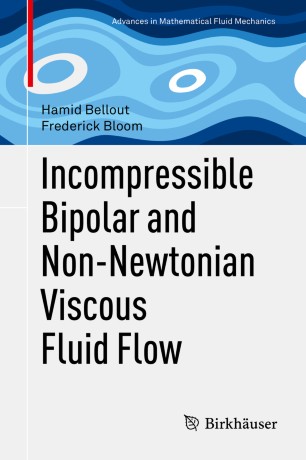 The theory of incompressible multipolar viscous fluids is a non-Newtonian model of fluid flow, which incorporates nonlinear viscosity, as well as higher order velocity gradients, and is based on scientific first principles. The Navier-Stokes model of fluid flow is based on the Stokes hypothesis, which a priori simplifies and restricts the relationship between the stress tensor and the velocity. By relaxing the constraints of the Stokes hypothesis, the mathematical theory of multipolar viscous fluids generalizes the standard Navier-Stokes model. The rigorous theory of multipolar viscous fluids  is compatible with all known thermodynamical processes and the principle of material frame indifference; this is in contrast with the formulation of most non-Newtonian fluid flow models which result from ad hoc assumptions about the relation between the stress tensor and the velocity. The higher-order boundary conditions, which must be formulated for multipolar viscous flow problems, are a rigorous consequence of the principle of virtual work; this is in stark contrast to the approach employed by authors who have studied the regularizing effects of adding artificial viscosity, in the form of higher order spatial derivatives, to the Navier-Stokes model.

A number of research groups, primarily in the United States, Germany, Eastern Europe, and China, have explored the consequences of multipolar viscous fluid models; these efforts, and those of the authors, which are described in this book, have focused on the solution of problems in the context of specific geometries, on the existence of weak and classical solutions, and on dynamical systems aspects of the theory.

This volume will be a valuable resource for mathematicians interested in solutions to systems of nonlinear partial differential equations, as well as to applied mathematicians, fluid dynamicists, and mechanical engineers with an interest in the problems of fluid mechanics.