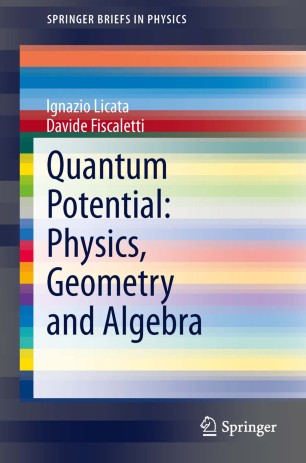 Recently the interest in Bohm realist interpretation of quantum mechanics has grown. The important advantage of this approach lies in the possibility to introduce non-locality ab initio, and not as an “unexpected host”. In this book the authors give a detailed analysis of quantum potential, the non-locality term and its role in quantum cosmology and information. The different approaches to the quantum potential are analysed, starting from the original attempt to introduce a realism of particles trajectories (influenced by de Broglie’s pilot wave) to the recent dynamic interpretation provided by Goldstein, Durr, Tumulka and Zanghì, and the geometrodynamic picture, with suggestion about quantum gravity. Finally we focus on the algebraic reading of Hiley and Birkbeck school, that analyse the meaning of the non-local structure of the world, bringing important consequences for the space, time and information concepts.