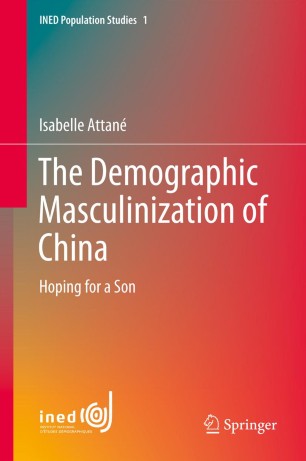 The Demographic Masculinization of China

Hoping for a Son

This book describes the shortage of girls and women in present day China and focuses on two important features: the sex imbalance in childhood and youth, and the excess mortality of women at various stages of their life. The author analyzes the causes and the processes of a strong preference for sons, which generates discrimination toward females and results in a shortage of girls and women.   China’s higher proportion of men than women is a population characteristic that is shared by very few countries in the world. This demographic masculinity is unprecedented in the documented history of human populations, both in scale and its lasting impact on the numbers and the structure of the population.   Despite the economic boom of recent years, many families in China still consider girls to be less important than boys. Although Chinese women have become largely emancipated since the 1950s, they still do not have the same opportunities for social achievement as men, and Chinese society remains fundamentally rooted in highly gendered social and family roles. As a consequence, Chinese girl babies who have the misfortune to be born instead of a long-awaited son go by various names, such as Pandi (literally "awaiting a son"), Laidi ("a son will follow"), or Yehao ("she'll do too").   The book provides a comprehensive review of the situation of women in China’s society and shows that discrimination against girls and women is part of a system of norms and values that traditionally favours males.