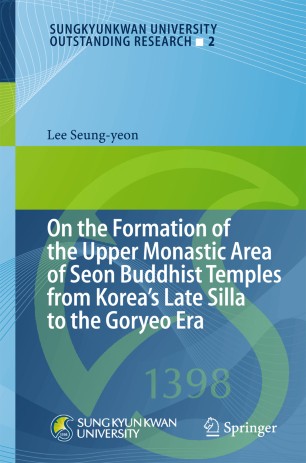 When Seon (Zen) Buddhism was first introduced to Korea around Korea’s late Silla and early Goryeo eras, the function of the “beopdang” (Dharma hall) was transfused to the lecture hall found in ancient Buddhist temples, establishing a pivotal area within the temple compound called the “upper monastic area.” By exploring the structural formation and dissolution of the upper monastic area, the author shows how Korea established its own distinctive Seon temples, unlike those of China and Japan, in the course of assimilating a newly-introduced foreign culture as its own.

To accomplish this, the author analyzed the inscriptions on stone monuments which recorded the lives of eminent monks and also numerous excavated temple ruins. These analyses give us a new perspective on the evolution of the upper monastic area, which had the beopdang as its center, at a time when early Seon temples were being established under very adverse and unstable circumstances. The exploration of the spatial organization and layout of Korean Seon temple architecture has illuminated the continuity between Korean Buddhist temples of both the ancient and medieval eras.