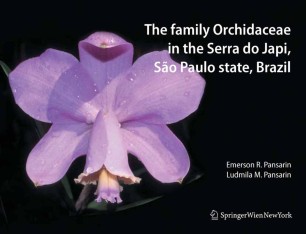 The family Orchidaceae in the Serra do Japi, São Paulo State, Brazil

This study presents a floristic survey of orchid species occurring in the Serra do Japi in São Paulo, southeastern Brazil. The region studied is strategically placed in the transitional zone between interior semi-deciduous mesophytic forests and the Atlantic forest, presenting species from both formations and is characterized by semi-deciduous mesophytic forests, altitudinal forests and rocky outcrops. In the Serra do Japi the orchid family is represented by 125 species distributed among 61 genera. The most representative genus is Epidendrum, followed by Oncidium and Habenaria. Most of the species occur as epiphytes, while 40 species are terrestrial, 31 species are rupicolous, two are hemi-epiphytes and only one is myco-heterotrophic. Although the orchid diversity is high, the region has been affected by anthropogenic disturbances, making the preservation and integrated study of the diversity present in the Serra do Japi an urgent necessity, with social, economic and preservationist aspects.