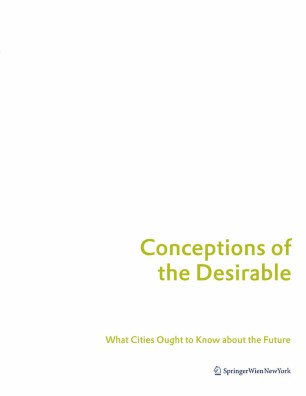 Conceptions of the Desirable

What Cities Ought to Know about the Future

Right in the heart of Graz, the second largest city in Austria, an entire city district had simply fallen into oblivion. Now, the industrial park of the former Reininghaus Brewery has been rediscovered.

The new owners have taken up the search for answers: How, in future, do we wish to work and live?

In his foreword, Clifford Pearson deputy editor of the Architectural record, writes:

"I don’t know what Reininghaus will be like when people start moving there. I have no idea if it will be a model that other developers or community builders will want to follow. But I am impressed with the way its founders are approaching their task. They’re asking the right questions and talking to some fascinating people. They’re thinking and wondering before they start defining and designing. By doing so, they’ve gotten my attention.”

The book presents the results of a research by structuring its content into: Life, Work, Urbanity and Education.

Since May 2005, the Real Estate Development Corporation, headquartered in Graz, has owned the properties formerly held by the Brau AG. The intention is to create greater living satisfaction through an increase in value that balances economic and cultural interests.