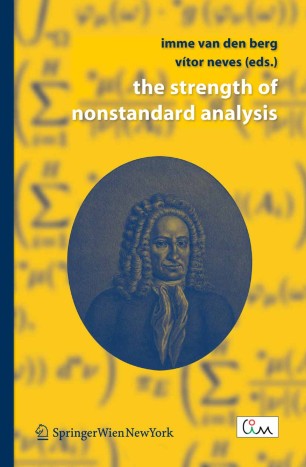 The Strength of Nonstandard Analysis

Nonstandard Analysis enhances mathematical reasoning by introducing new ways of expression and deduction. Distinguishing between standard and nonstandard mathematical objects, its inventor, the eminent mathematician Abraham Robinson, settled in 1961 the centuries-old problem of how to use infinitesimals correctly in analysis. Having also worked as an engineer, he saw not only that his method greatly simplified mathematically proving and teaching, but also served as a powerful tool in modelling, analyzing and solving problems in the applied sciences, among others by effective rescaling and by infinitesimal discretizations.

This book reflects the progress made in the forty years since the appearance of Robinson’s revolutionary book Nonstandard Analysis: in the foundations of mathematics and logic, number theory, statistics and probability, in ordinary, partial and stochastic differential equations and in education. The contributions are clear and essentially self-contained.