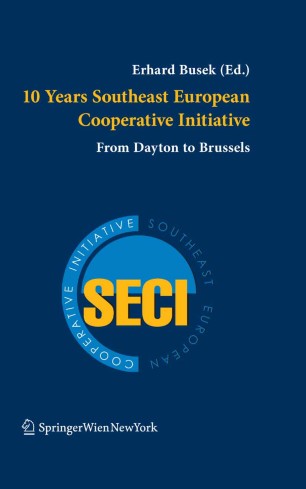 From Dayton to Brussels

The Southeast European Cooperative Initiative (SECI) was the first international instrument for "peace keeping and peace making". Conceived by the United States with full partnership and participation of the European Union, SECI was a response to the Dayton Agreement. SECI was convinced that sending troops and diplomats did not suffice. It called for a new strategy and approach that would promote economic and social development through regional cooperation. SECI understood that despite their differences, the countries of South East Europe shared many mutual concerns. For the international community, SECI was a prelude to a broader instrument - the Stability Pact for South Eastern Europe, launched in 1999. The approach was a success! This compendium of documents, agreements, analyses and essays gives a glimpse into decision-making processes and results achieved.