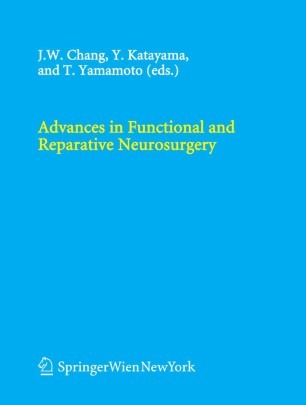 Advances in Functional and Reparative Neurosurgery

Neurorehabilitation together with functional neurosurgery are steadily growing fields, with new advances and technologies including: selective interruption of various neural circuits, stimulation of the cerebral cortex, deep brain structures, spinal cord and peripheral nerves with implantable stimulation systems, and cell transplantation as well as nerve grafting. Recent advances in neuroimaging techniques have also begun to demonstrate the involvement of extensive functional and structural reorganization of neural networks within the brain. In order to encapsulate such concepts, the fourth official scientific meeting of the Neurorehabilitation and Reconstructive Neurosurgery Committee of the World Federation of Neurosurgical Societies (WFNS) was held in Seoul. This volume is the fourth in a new series of proceedings covering the most important advancements in this field.