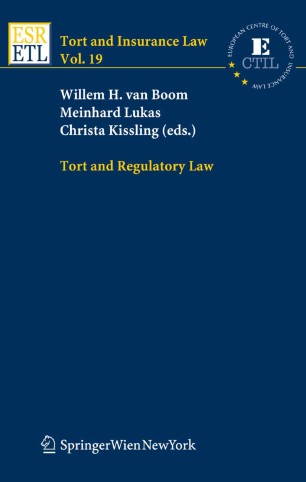 Part of the Tort and Insurance Law book series (TIL, volume 19)

Tort law interacts strongly with public regulation. Is the breach of a statutory duty in itself a sufficient basis for liability? Does the fact that some acts are allowed by a permit issued by public agencies exempt them from liability altogether? These questions and similar problems on the borderline between tort and regulatory law serve as a basis for in-depth analyses by several scholars specialized in this field. This book thus systematically analyses the interaction of administrative law and tort law. The focus is mainly on safety regulations and provisions aimed at environmental protection.

This publication contains reports from 9 countries of the European Union, from Norway, Switzerland and the USA, three special reports from the perspectives of administrative and regulatory law and of the insurance as well as an economic analysis. The results are summarised in a comparative report, followed by conclusions.