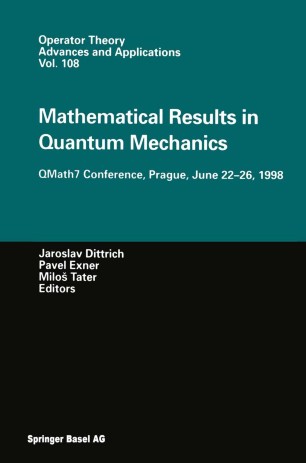 At the age of almost three quarters of a century, quantum mechanics is by all accounts a mature theory. There were times when it seemed that it had borne its best fruit already and would give way to investigation of deeper levels of matter. Today this sounds like rash thinking. Modern experimental techniques have led to discoveries of numerous new quantum effects in solid state, optics and elsewhere. Quantum mechanics is thus gradually becoming a basis for many branches of applied physics, in this way entering our everyday life. While the dynamic laws of quantum mechanics are well known, a proper theoretical understanding requires methods which would allow us to de­ rive the abundance of observed quantum effects from the first principles. In many cases the rich structure hidden in the Schr6dinger equation can be revealed only using sophisticated tools. This constitutes a motivation to investigate rigorous methods which yield mathematically well-founded properties of quantum systems.