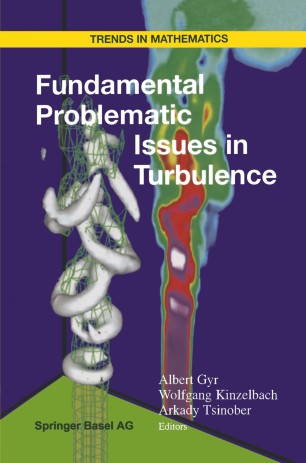 The Second Monte Verita Colloquium Fundamental Problematic Issues in Turbu­ lence was held in Monte Verita, Switzerland, on March 23-27, 1998. The main goal of the Colloquium was to bring together in the relaxed atmo­ sphere of Monte Verita a group of leading scientists (consisting of representatives of different generations) and to discuss informally and free of the influence of funding agencies and/or other "politics" of nonscientific nature the basic issues of turbulence. The intention was to put major emphasis on the exposition of the problematic aspects and discussion(s) - not mere reporting of results, i. e. not hav­ ing just one more meeting. For this purpose it was originally thought to leave all the afternoons free of formal presentations at all. However, this intention became unrealistic due to a number of reasons, and, in the first place, due to strong pres­ sure from various parts of the scientific community and non-scientific constraints to broaden the scope and to increase the number of participants as compared to the First Colloquium held in 1991. This resulted in a considerable reduction of time for discussions. Nevertheless, the remaining time for discussions was much larger than usually allocated at scientific conferences. On the scientific side the main idea was to bring together scientists work­ ing in turbulence from different fields, such as mathematics, physics, engineering and others. In this respect the Colloquium was definitely very successful and re­ sulted in a number of interesting interactions and contacts.