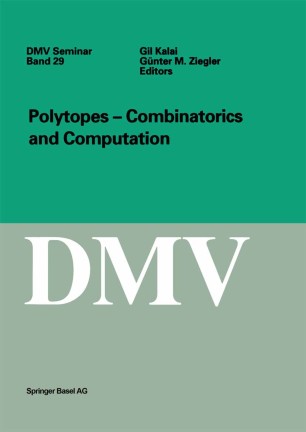 Questions that arose from linear programming and combinatorial optimization have been a driving force for modern polytope theory, such as the diameter questions motivated by the desire to understand the complexity of the simplex algorithm, or the need to study facets for use in cutting plane procedures. In addition, algorithms now provide the means to computationally study polytopes, to compute their parameters such as flag vectors, graphs and volumes, and to construct examples of large complexity. The papers of this volume thus display a wide panorama of connections of polytope theory with other fields. Areas such as discrete and computational geometry, linear and combinatorial optimization, and scientific computing have contributed a combination of questions, ideas, results, algorithms and, finally, computer programs.