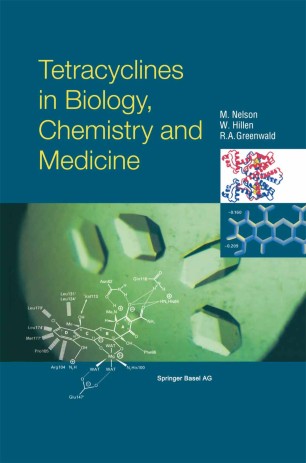 Tetracyclines in Biology, Chemistry and Medicine

The tetracyclines have an illustrious history as therapeutic agents which dates back over half a century. Initially discovered as an antibiotic in 1947, the four­ ringed molecule has captured the fancy of chemists and biologists over the ensuing decades. Of further interest, as described in the chapter by George Armelagos, tetracyclines were already part of earlier cultures, 1500-1700 years ago, as revealed in traces of drug found in Sudanese Nubian mummies. The diversity of chapters which this book presents to the reader should illus­ trate the many disciplines which have examined and seen benefits from these fascinating natural molecules. From antibacterial to anti-inflammatory to anti­ autoimmunity to gene regulation, tetracyclines have been modified and redesigned for various novel properties. Some have called this molecule a biol­ ogist's dream because of its versatility, but others have seen it as a chemist's nightmare because of the synthetic chemistry challenges and "chameleon-like" properties (see the chapter by S. Schneider).