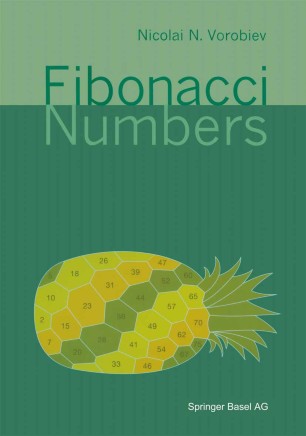 Since their discovery hundreds of years ago, people have been fascinated by the wondrous properties of Fibonacci numbers. Being of mathematical significance in their own right, Fibonacci numbers have had an impact on areas like art and architecture, and their traces can be found in nature and even the behavior of the stock market. Starting with the basic properties of Fibonacci numbers, the present book explores their relevance in number theory, the theory of continued fractions, geometry and approximation theory. Rather than giving a complete account of the subject, a few chosen examples are treated exhaustively. They not only reveal the bearing of Fibonacci numbers on mathematics, but also provide very readable marvels of mathematical reasoning. This book is the translation of the 6th Russian edition (the first edition appeared in the early fifties and became a standard source of information on the subject).