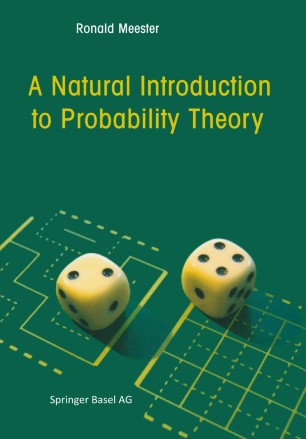 According to Leo Breiman (1968), probability theory has a right and a left hand. The right hand refers to rigorous mathematics, and the left hand refers to 'proba­ bilistic thinking'. The combination of these two aspects makes probability theory one of the most exciting fields in mathematics. One can study probability as a purely mathematical enterprise, but even when you do that, all the concepts that arise do have a meaning on the intuitive level. For instance, we have to define what we mean exactly by independent events as a mathematical concept, but clearly, we all know that when we flip a coin twice, the event that the first gives heads is independent of the event that the second gives tails. Why have I written this book? I have been teaching probability for more than fifteen years now, and decided to do something with this experience. There are already many introductory texts about probability, and there had better be a good reason to write a new one. I will try to explain my reasons now.