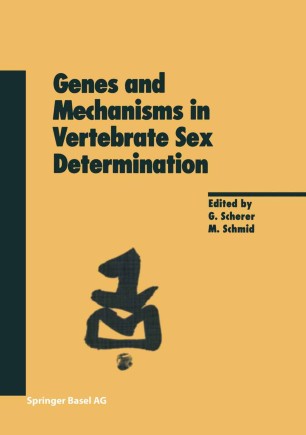 Following an opening chapter by the late Susumu Ohno on paralogues of sex-determining genes, the five best-studied genes essential for early mammalian gonadal development are portrayed in detail: SF-1 and WT1 and their roles in early events in gonadal development, SRY and SOX9 in testis determination, and the anti-testis gene DAX-1. Subsequent chapters look at the roles of these genes in sex determination in marsupial mammals, birds, reptiles, amphibians and fish, and review the different sex-determining mechanisms, genetic and environmental, that operate in these different vertebrate classes. Two insights emerge: one, that the same basic set of genes appears to operate during early gonadal development in all vertebrates, despite the differences in mechanisms; the other, that sex determination in vertebrates results from a complex network of regulatory interactions and not from a simple hierarchical cascade of gene actions.