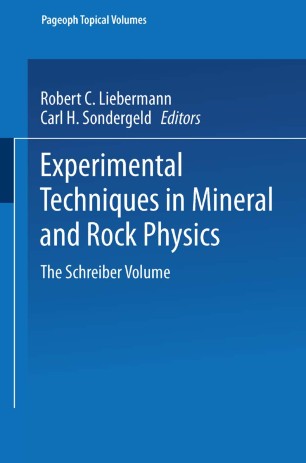 Knowledge of the relation between sonic velocity in sediments and rock lithology is one of the keys to interpreting data from seismic sections or from acoustic logs of sedimentary sequences. Reliable correlations of rock velocity with other petrophysical parameters, such as porosity or density, are essential for calculating impedance models for synthetic seismic sections (BIDDLE et al. , 1992; CAMPBELL and STAFLEU, 1992) or identifying the origin of reflectivity on seismic lines (SELLAMI et al. , 1990; CHRISTENSEN and SZYMANSKI, 1991). Velocity is thus an important parameter for correlating lithological with geophysical data. Recent studies have increased our understanding of elastic rock properties in siliciclastic or shaly sediments. The causes for variations in velocity have been investigated for siliciclastic rocks (VERNIK and NUR, 1992), mixed carbonate siliciclastic sediments (CHRISTENSEN and SZYMANSKI, 1991), synthetic sand-clay mixtures (MARION et aI. , 1992) or claystones (JAPSEN, 1993). The concepts derived from these studies are however only partly applicable in pure carbonates. Carbon­ ates do not have large compositional variations that are, as is the case in the other sedimentary rocks, responsible for velocity contrasts. Pure carbonates are character­ ized by the lack of any clay or siliciclastic content, but are mostly produced and deposited on the top or on the slope of isolated or detached carbonate platforms, that have no hinterland as a source of terrigeneous material (WILSON, 1975; EBERLI, 1991).