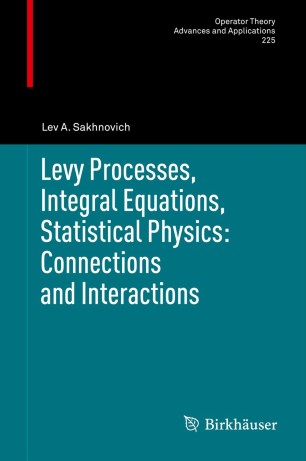 In a number of famous works, M. Kac showed that various methods of probability theory can be fruitfully applied to important problems of analysis. The interconnection between probability and analysis also plays a central role in the present book. However, our approach is mainly based on the application of analysis methods (the method of operator identities, integral equations theory, dual systems, integrable equations) to probability theory (Levy processes, M. Kac's problems, the principle of imperceptibility of the boundary, signal theory). The essential part of the book is dedicated to problems of statistical physics (classical and quantum cases). We consider the corresponding statistical problems (Gibbs-type formulas, non-extensive statistical mechanics, Boltzmann equation) from the game point of view (the game between energy and entropy). One chapter is dedicated to the construction of special examples instead of existence theorems (D. Larson's theorem, Ringrose's hypothesis, the Kadison-Singer and Gohberg-Krein questions). We also investigate the Bezoutiant operator. In this context, we do not make the assumption that the Bezoutiant operator is normally solvable, allowing us to investigate the special classes of the entire functions.