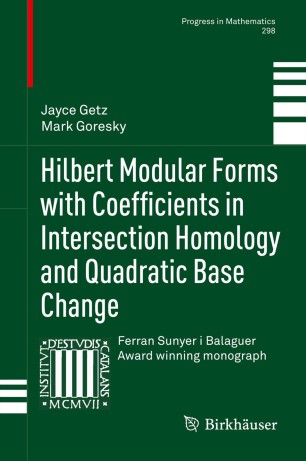 Part of the Progress in Mathematics book series (PM, volume 298)

In the 1970s Hirzebruch and Zagier produced elliptic modular forms with coefficients in the homology of a Hilbert modular surface. They then computed the Fourier coefficients of these forms in terms of period integrals and L-functions. In this book the authors take an alternate approach to these theorems and generalize them to the setting of Hilbert modular varieties of arbitrary dimension. The approach is conceptual and uses tools that were not available to Hirzebruch and Zagier, including intersection homology theory, properties of modular cycles, and base change. Automorphic vector bundles, Hecke operators and Fourier coefficients of modular forms are presented both in the classical and adèlic settings. The book should provide a foundation for approaching similar questions for other locally symmetric spaces.