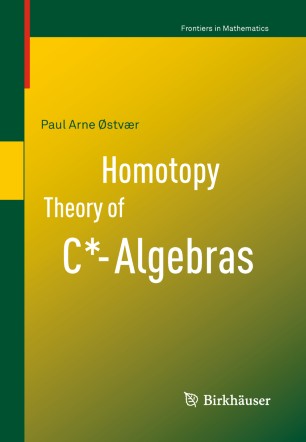 Homotopy theory and C*-algebras are central topics in contemporary mathematics. This book introduces a modern homotopy theory for C*-algebras. One basic idea of the setup is to merge C*-algebras and spaces studied in algebraic topology into one category comprising C*-spaces. These objects are suitable fodder for standard homotopy theoretic moves, leading to unstable and stable model structures. With the foundations in place one is led to natural definitions of invariants for C*-spaces such as homology and cohomology theories, K-theory and zeta-functions. The text is largely self-contained. It serves a wide audience of graduate students and researchers interested in C*-algebras, homotopy theory and applications.